Chip in the Madrasa: A Novel that unravels how Wahhabis maintain vice-like grip on Muslim Minds 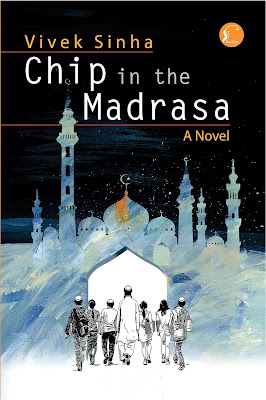 "Chip in the Madrasa" is the story of a learned and progressive Maulvi Saheb who wants to teach mathematics, science and computers at his madrasa in an Indian village.

Maulvi Saheb, the protagonist of Chip in the Madrasa, is a devout Muslim and Islam for him is a religion and not a tool to fulfil political ambitions. But Maulvi Saheb's progressive move rattles the Wahhabis who are hell-bent upon using Islam as a political tool. The Wahhabi Clerics and Sheikhs sitting pretty in Saudi Arabia want to use local politicians and their proxies in India to establish Wahhabism as the only version of Islam. These local politicians and a major political party that receive huge funds from Wahhabis unleash a vicious game to break the spirit of Maulvi Saheb and other rational Muslims. They even foster a womanizer and crook as a knowledgeable Islamic cleric who issues Fatwas by the day but indulges in wine and women at night. A game is unleashed to establish the narrative around Wahhabi version of Islam and decimate Muslim rationalists led by Maulvi Saheb.
So, will Maulvi Saheb be able to withstand pressure of the powerful men who are backed by petrodollars and have the muscle power?
"Chip in the Madrasa" is an insightful tale that unravels how the Wahhabis play their vicious games and continue to maintain their vice-like grip on Muslim minds across the globe.
This Novel is now available for purchase across all Amazon online stores in India, UK, US, Europe and Asia-Pacific.
Vivek Sinha, the author of Chip in the Madrasa, is a Journalist and a Film Maker. He has been writing news commentaries for over a decade and over the last several years he has written news reports for leading newspapers of India such as The Times of India and Hindustan Times. He now writes opinion columns. Apart from writing, Vivek is also passionate about films and has made several short films and documentaries.
Please read the selected excerpts from the Novel published in www.NewAgeIslam.com 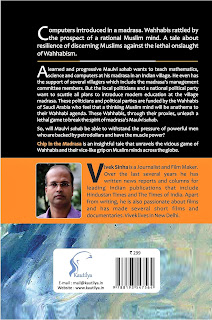 Extracts from the Novel: Chip in the Madrasa

Click here to purchase Chip in the Madrasa from Amazon.in