Coffee with an ex-terrorist in Kashmir 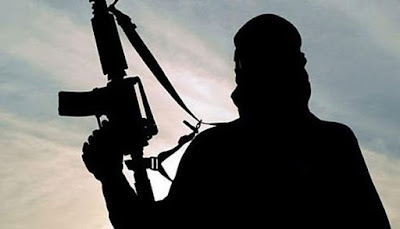 Vivek Sinha
He gave furtive glances as he walked in and shook hands with me. I asked if he was okay as he seemed a bit uneasy. “I am fine, but I have to be cautious,” he replied as he stressed upon the word ‘cautious’.
He was an ex-terrorist.
Let’s call him Salim. This is not his real name, he did give me his real name but requested not to reveal it else his family might get in grave danger.
Salim met me at an upmarket coffee shop in the heart of Srinagar, the summer capital of Jammu Kashmir. “I am done with guns and my infatuation with all this Azadi stuff is over. Now, I only aspire to lead a normal life, take care of my wife, kids…” Salim spoke in a soft voice.
But why on earth did you ever pick up a gun? I asked cutting him short. Salim had said that he held a masters in commerce and was an expert on cyber security. By his own admission he could have easily secured a decent job.
“I was trapped,” Salim said without batting his eyelids. He added that one of his friends introduced him to a few people after Friday sermons at the local mosque in Shopian. These ‘friends’ often loaned him small amounts saying Salim is very well qualified to get a decent job and could easily repay them back. In return, Salim was required to iron out minor software glitches for them.
“Before I could realise I had taken a few lakh rupees from them to buy a high-end laptop and smartphone. I was still without a job. One day I was asked to come for a small gathering to ‘discuss’ about Kashmir. And that day changed my life for ever,” Salim said as he tried to fight the tears that had welled up in his eyes. I thought of myself as a Ghazi who was fighting for Kashmir’s Azadi so as to create an Islamic Caliphate, he added.
Instead of the laptop’s keyboard, his fingers now moved on the triggers of automatic rifles.
Salim was arrested by the Indian security forces from Gulmarg and had to serve a four-year sentence on various charges. His father abandoned him saying he brought disgrace to the family.
Does he think of going back to the life of guns and rejoin the Islamic struggle? “There was nothing Islamic about Kashmir struggle. What we were told before joining ranks and what we actually did was completely different. The foreign mercenaries who joined us in our Kashmir struggle were interested only in money and in women. They expected us to work as pimps for them. Is this an Islamic struggle?” he blurted out a volley of expletives in Kashmiri for his ex-comrades in arms.
Different terrorist groups active in Kashmir Valley receive funds in the name of Islam and so they have a vested interest to keep this Kashmir issue alive. I understood all this only after I fell into their trap, Salim explained further.
The terrorist groups with whom Salim worked earlier have since put him on their hit list as they consider him to be a threat to themselves. He explained that different names of terrorist groups are mere covers and all groups share a common agenda. Salim changes his address quite often and over the last couple of years has changed close to twenty homes.
This is tough considering that he is married and has two children. His requirements are simple: A job, a house and a decent school for his children. Yet, this is extremely difficult for him.
Salim’s eyes were fixed on a family sitting right across our table. After a brief pause he said that young boys at an impressionable age fall easily to the glib talk about Kashmir’s Azadi and think of themselves as a part of global Islamic struggle. “At a young age you hardly know much about history and politics. All you have is loads of energy, passion and a romantic desire. They know how to use and harvest your passion. They just use the cover of Islam to further their devious designs. A gun in our hands at a young age gives a sense of immense power and then there’s the pride associated with being a part of the struggle to establish Islamic Caliphate. I have understood their games very well. I have been through hell and I know their reality.”
Who are these ‘they’ you refer to? I was curious to know.
‘They’ are our handlers. These people could be from Pakistan or their agents in Kashmir often known as over ground workers, Salim explained. I later asked Salim about the defining moment when truth about armed struggle in Kashmir dawned upon him.
“After some time I was asked to commit robberies and shoot at my innocent Kashmiri brethren who refused to believe in Kashmir’s Azadi. At this time I realised that I am a petty criminal and not a Ghazi as I had believed myself to be. I was lucky to be arrested and get a chance to start afresh.”
Did he kill any innocent Kashmiri? Salim stayed mum to this question and stared blankly at the ground. A minute later he only said every moment I repent about my sins to Allah. “Not every terrorist is as lucky as me. Once they join ranks they are stuck till they get killed.”
(this column first appeared in Times of India blogs.
https://blogs.timesofindia.indiatimes.com/between-the-lines/coffee-with-an-ex-terrorist-in-kashmir/
at January 05, 2018 No comments: