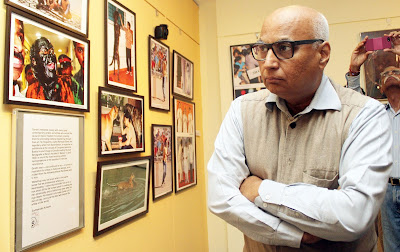 Q: Mr Sudheendra Kulkarni, thank you for agreeing to talk to Power Corridor. You had been very closely associated with Shri Atal Bihari Vajpayee. Please share with us some of the anecdotes of Atal ji while he was the Prime Minister of India.
Ans: I had the honour of working closely with Shraddheya Atal Bihari Vajpayee ji in the PMO for all the six years that he was the Prime Minister of India (1998-2004). They were, and they will always remain, the best period of my life.There are too many vivid and rich memories of my association with him. Selecting some is very difficult. The common impression from all these memories is that Atalji was rarely perturbed, howsoever grave the situation might have been. Looking at calm and composed nature in those situations was like looking at a vast lake which is completely still in spite of strong winds blowing over it. To me, he was a yogi. Of course, I do remember that he was deeply sad when the BJP failed to win a renewed mandate in 2004. Not because he wanted to enjoy being Prime Minister for another term. Power for him was never a means for enjoyment or personal satisfaction. He always saw it as a means to and end. He felt that many of his ambitious initiatives for India remained unfulfilled or half-fulfilled.
Q: Atal ji came across as an affable personality in public life. How was he as a boss? Was he considerate about the opinion of his subordinates or did he simply pass the diktat and expected it to be carried without murmurs of dissent?
Ans: "How was he as a boss?" Well, he never, not even for a moment, behaved like a boss! He was the Prime Minister of India, but power sat very, very lightly over his shoulders. He treated everybody he met -- be they ministers and foreign dignitaries or "subordinates" and "ordinary people" -- with respect and humility, and that was one of his greatest qualities. In fact, he was always very kind to those who were needy and vulnerable. He was an embodiment of sensitivity (samvedana) and humanism (maanaveeyata).
Q: Did the economic sanctions imposed on India after the Pokhran-II rattle Atal ji? Did he feel perturbed a night before the Pokhran-II tests were carried?
Ans: No, not at all. The economic sanctions imposed on India after the Pokhran-II did not rattle Atalji even one bit. I clearly remember 9th May, 1998, the day he announced to the world that India had conducted nuclear tests in Pokharan. He was a picture of peace, composure and confidence -- neither was he overjoyed nor was he perturbed. He was absolutely sure that the economic sanctions imposed by western nations would have no lasting impact on India. He was even confident that the very countries that criticised India would come round to seeking friendship and cooperation with our country.


And that is what happened.


Q: A controversy broke out when it was reported that Shri Govindacharya ji had called Atal ji as the "mukhauta" of Sangh Parivar. It was subsequently denied by Govindacharya ji himself. What did Atal ji think about this issue? Did he feel that this matter was the handiwork of a section of journalists or he felt that Govindacharya ji had actually said this word?
Ans: All I can say is that Atalji was not happy with that episode.
Q: Why did Atal ji not issue a clarification on this "mukhauta" controversy? Do you feel he could have done more for Govindacharya ji?
Ans: I would not like to comment on this episode.
Q: What was Atal ji's reaction to the indiscriminate firing on karsevaks in 1990 during the Ayodhya Ram Janmabhoomi movement? What were his feelings when the Babri mosque (or disputed structure) was pulled down on 6th December 1992?
Ans: Of course, he was outraged at the firing on karsevaks in 1990. And he condemned the state government for it. Atalji was very sad and disturbed when Babri Masjid in Ayodhya was demolished by a group of frenzied karsevaks on 6 December 1992. Of course, unlike other senior leaders of the BJP, he had not gone to the site. He was sad for two reasons. First, he considered demolition of the mosque as an 'un-Hindu' act. Second, as he said in an interview to Prannoy Roy, he recalled that the BJP government in UP, headed by Kalyan Singh, had given an undertaking to the Supreme Court that it would not allow any harm to be done to the mosque. This was also an obligation on the BJP and the rest of the Sangh Parivar. Therefore, Atalji was deeply hurt that his own party's government, and the Sangh Parivar, could not control the lawless karsevaks.
Q: There is a perception that Atal ji being a democrat often bowed down to the larger will of the Sangh Parivar and did not put his weight on important decisions that were at variance from the larger will of the Sangh Parivar. Your comments.
Ans: Atalji was undoubtedly a democrat to the core. He always respected the views of his party colleagues and also of the Sangh Parivar. Sometimes his own views or the policies of his government were at odds with the views of others in the party or the larger Sangh Parivar. This happens in any open and free society. Atalji's preference in such situations was to seek and create consensus. In the long run, the culture of consensus-building is better than than the notion that the "Leader knows all". At the same time, in certain extraordinary situations, the view and the will of the leader must prevail.
Q: You were also closely associated with Advani ji. Please describe the relations between these two leaders. How did the two stalwarts reach a conclusion when there were disagreements between them?
Ans: It was my honour and great fortune that I was closely associated with both Atalji and Advaniji, the two tallest leaders of the BJP. The relationship between the two leaders was always that between two comrades or Sahayogis committed to, and selflessly serving, the same noble cause. And the cause was to make India a Great Nation -- prosperous, free of poverty and want, strong, self-confident, and a promoter of peace in the world. Of course, Shri Advaniji always regarded Atalji as his senior and, therefore, the last word was always that of Atalji. There were times when they had differences, which is natural in any organisation. But they discussed their views with an open mind, each willing to understand the other's point of view. But, in the end, Advaniji invariably accepted Atalji's view or decision. This is why, the BJP remained a disciplined and united party, untouched by the virus of power struggle.
However, I must mention that Atalji also had immense respect for Advaniji -- for his selfless personality, for his unflinching commitment to the party, and for his tireless work to build the party. I remember one incident. There was a function in the party office at 11 Ashoka Road to pay tribute to Pandit Deendayal Upadhyaya on his birth anniversary. In his speech, Atal ji praised Advaniji by saying, "Advaniji is our second Deendayalji."
Q: Why did you quit the BJP? What has changed since the time you were associated with the party and now? Will you re-consider your decision and work again for the BJP?
Ans: I quit the BJP because I believe that the RSS should not remote-control it. The RSS is a nationalist organisation with a lofty goal. It should be equi-distant from all political parties. I would not like to comment on how the BJP has changed under its current leadership.
(Vivek Sinha is a Journalist, Filmmaker and Author of the Novel "Chip in the Madrasa". His Twitter handle is @viveksinha28. He interviewed Sudheendra Kulkarni as the Editor of Power Corridors news magazine. This interview was first published in September 2018 issue of  Power Corridors)
at September 12, 2018